Harris Buller is an attorney in California. He received his BA from the University of Southern California in 2010, and his JD from Loyola Law School in 2013.

Harris, who used to be British before a few productive meetings with immigration officials in the early 2000s, turned a youthful passion for arguing with adults into a lifelong career of navigating our uniquely American education bureaucracy.

In his free time, Harris volunteers at the Learning Rights Law Center in Los Angeles, a nonprofit dedicated to increasing access to education for underserved students and their families. He also enjoys riding his bike, playing video games, driving, and composing music. 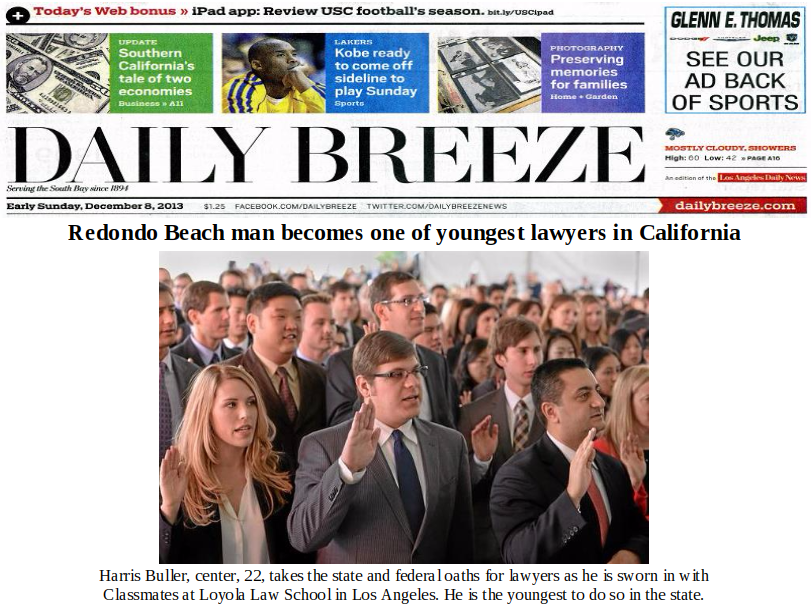